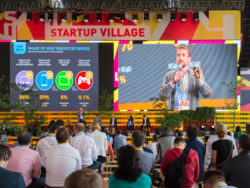 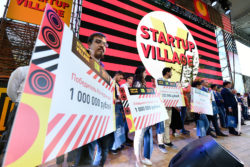 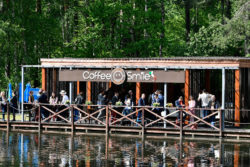 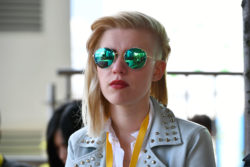 In just a few short years dating back to 2013 Startup Village has grown to a milestone on the European startup calendar and 20,000 attendees. The event aggregates the leading actors of the Russian and global tech scene and matches investors with innovators in an open-air festival of entrepreneurship.

Planned to be held over the last spring day and the first day of summer in hot, vibrant Skolkovo Innovation Center, Startup Village brings together startup communities from across Russia and other countries and incorporates lively debates with technology leaders and visionaries, business meetings and workshops, interactive startup exhibitions, and the startup pitch sessions – the culmination of the Russian Startup Tour that sees the top innovation entrepreneurs receive funding, support and the chance to become Skolkovo residents.

This year, 4500+startups, 150+ speakers, 1000+ investors from 80+ countries will gather for the 48-hours conference to build the history of the technology entrepreneurship in the Eastern Europe by themselves. Don’t miss the whole story and join us for Startup Village!

Exhibiting with La French Tech @ SUV2018: What to expect?

The Russian economy is doing good, growth stronger than expected, low rate of unemployment, historically low inflation.. and a high support to innovation and technology to transform the economy and the everyday life of 148M russian people. Exhibit with us to :

About the Skolkovo Foundation

The Skolkovo Foundation is a non-profit organization founded in September 2010 by the Russian government with the objective of accelerating Russia’s transformation from a resource-intensive to an innovation-based economy. To achieve this objective, the Foundation is overseeing the creation of the Skolkovo Innovation Center, composed of more than 1,800 high-tech startups, Skolkovo Technopark, the Skolkovo Institute of Technology (Skoltech) – a new graduate research University established in collaboration with the Massachusetts Institute of Technology – and Skolkovo city, located near Moscow. Together, these entities establish a vibrant ecosystem of technology innovation and entrepreneurship. The cumulative revenue of Skolkovo’s startups reached $2,2 billion. They brought in more than $186 million in investment, creating 27,000 jobs and filing over 1,200 patent applications along the way. By 2020 over 2 million square meters of residential and office space will be built in Skolkovo with 35,000 people working daily in the Innovation Center. For more information:  http://www.sk.ru/en